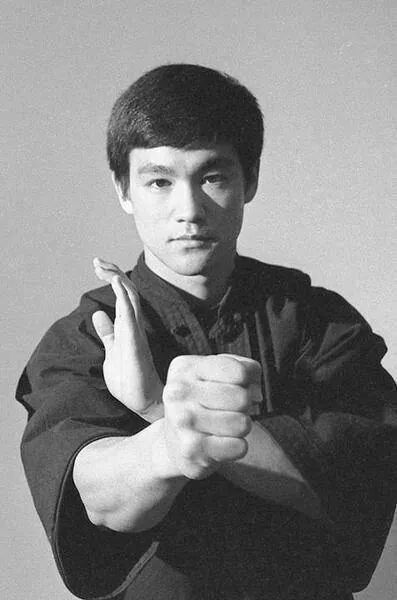 “THE ART OF FIGHTING WITHOUT FIGHTING”

In the screenplay of the 1973 Warner Brothers film, Enter the Dragon, when Lee is asked, “What’s your style?” Lee replied, “My style?…You can call it the art of fighting without fighting.”

The name Jeet Kune Do was often said by Lee to be just a name, and he often referred to it as “the art of expressing the human body” in his writings and in interviews. Through his studies Lee came to believe that styles had become too rigid and unrealistic. He called martial art competitions of the day “dry land swimming”. He believed real combat was spontaneous, and a martial artist cannot predict it, but only react to it, and a good martial artist should “be like water”—move fluidly without hesitation.

REACTIVITY – SELF DEFENCE – SELF CONTROL

It is not strictly speaking a style of combat, but Bruce Lee no longer believed in the dogmas and styles of struggle pre-established and frozen by their founders years ago, but instead believed in a concept encompassing Combat strategies. Emblem of the Jeet Kune Do. The Taijitu symbolizes the concept of yin and yang, and arrows their continuous interactions. The characters mean: “Do not use any method as a method” and “Have no limitation as a limitation”.

Jeet Kune Do Self Defence