"One Style for Everyone, One Way for All"

The professor of the new club “Kungfu Wushu Academy” was noticed last Sunday May 21, 2017 in Waterlooville (near Portsmouth) during the Open Tournament organized by the school Zheng Dao Lo Martial Arts Academy. 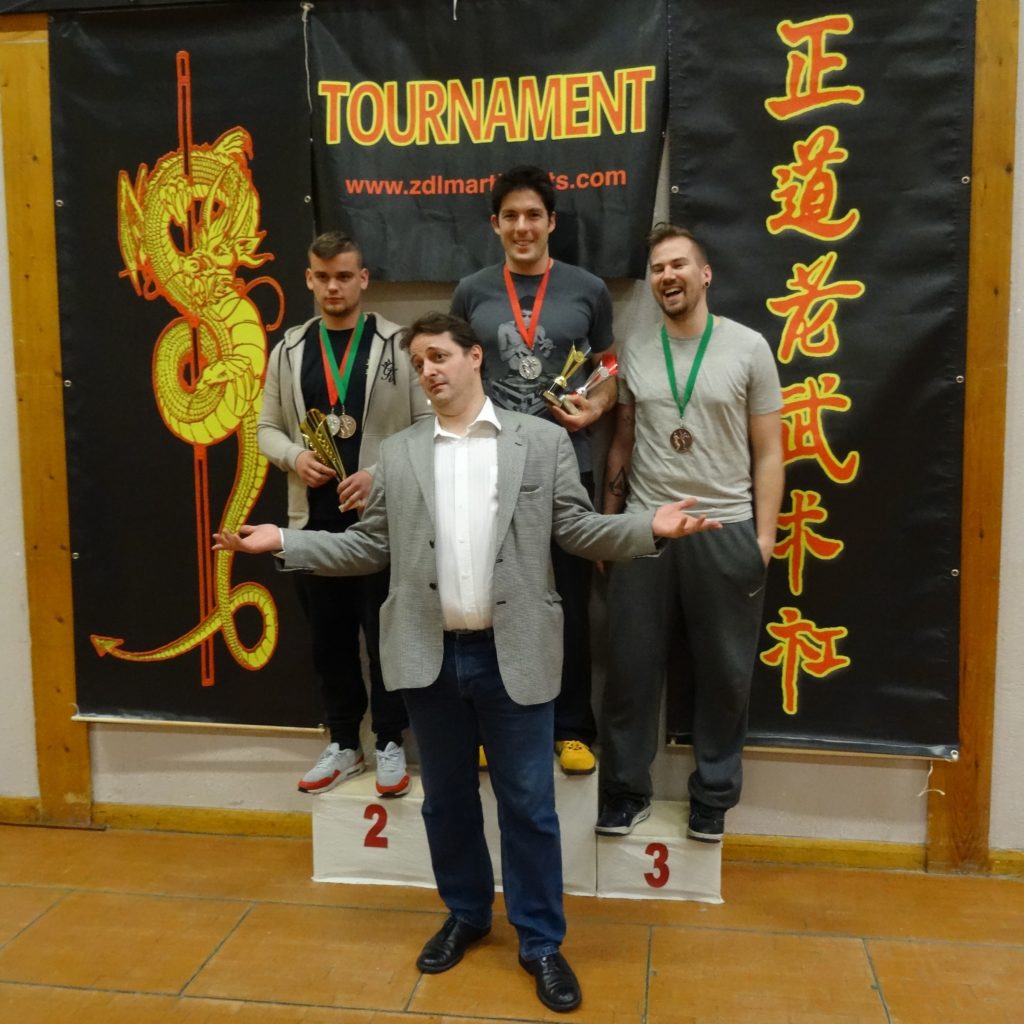 Grappling podium with my friends from ZDL Kickboxing Swindon

The day began with 2 passages in Taolu:

TAOLU (Codified form of techniques with bare hands or with weapons):

The day continued with 10 fights in 5 different categories:

At the end of the morning, in SANDAO (Traditional fighting without protections which uses the techniques of Kungfu and the different postures of the imitative styles):

In GRAPPLING (fighting system which uses the rules of the amateur MMA):

In the afternoon, in CHINESE KICKBOXING (kickboxing fighting who gets Kungfu techniques):

“Tiredness began to be felt in the middle of the day, which is what happens when you register with 7 categories and you make 12 passages on the mat. But I am very satisfied with the results even if I hoped better for the fight” says Freddy Paillard. “I would like to warmly thank Shifu Paul Dawkins who teaches me twice a week at ZDL Kickboxing Swindon. It was him who helped me to create my club and offered me to participate in this tournament”.